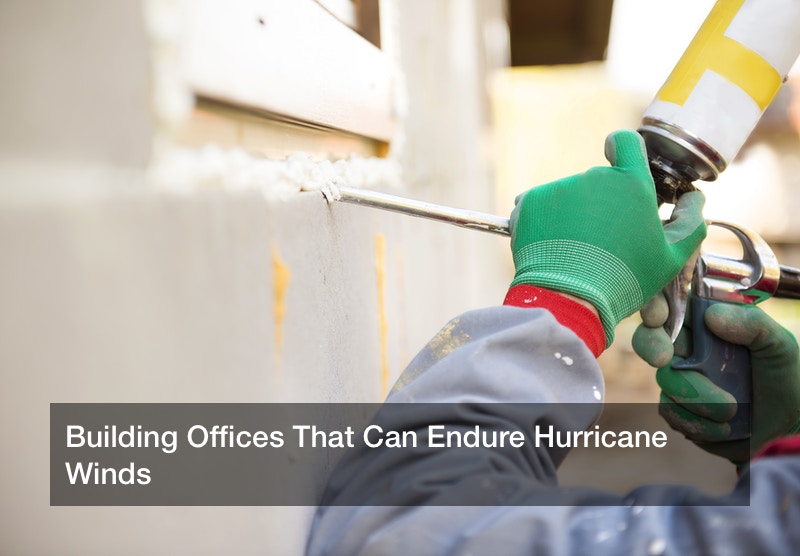 Nature’s fury, as they call it, describes how the natural Earth is capable of acts of great destruction. In a modern sense, these forces of nature often cause a great deal of property damage and they may disrupt business and may even threaten lives in many cases. Flood waters can devastate a coastal community, or a hurricane or tornado may bring heavy rain, hail, and of course, strong winds that blast apart property. While there is no way to prevent a natural disaster such as a hurricane or an earthquake, modern engineers and architects are always working hard to make modern buildings more resistant to nature’s fury. Buildings cannot be simply moved out of harm’s way the way people can be evacuated, so instead, buildings may have earthquake-proof foundations, tall foundations to resist floods, or high impact windows and doors to deal with hurricanes. These high impact windows and doors, such as hurricane glass doors and hurricane resistant windows, are often found on the American east coast, such as Miami, where hurricanes often strike. Choosing hurricane proof windows and doors keeps property safer and cuts back on expensive property damage during a storm.

The Hurricanes and Their Power

Why install high impact windows and doors? As mentioned above, a building can’t simply be moved out of a hurricane’s way, so high impact windows and doors will help reduce property damage when the storm strikes with powerful winds and windblown debris. What is there to know about these storms? In the Atlantic, hurricane season runs from May through the end of November, and a number of hurricanes big and small may develop in that time frame. For historical reference, the 20th century saw 158 hurricanes strike the continental United States, with Florida getting the most at 57 (Texas was second, at 26 hurricanes). However, statistics suggest that now in the 21st century, hurricanes are more frequent and powerful than ever, and many experts attribute this to climate change.

What can be said for certain is that 2017 saw some extreme hurricane development. In that year, 10 different storms in a row formed into hurricanes, a remarkable feat that has not been seen since 1893, over a century earlier. What is more, 2017 saw the most powerful Atlantic hurricane on record to ever form, Hurricane Irma. This mammoth storm was a Category 5 hurricane with a staggering seven trillion watts of energy, and Hurricane Irma boasted 185 MPH winds for 37 hours. Before it finally dissipated, Hurricane Irma devastated 90% of the buildings on Barbuda, leaving 60% of that island’s population homeless. It is possible that more hurricanes of Irma’s caliber may form in the near future, too, and some hurricanes are known to spawn tornadoes as well (such as Hurricane Andrew back in 1992). Fortunately, high impact windows and doors and similar technology helps limit the property damage.

While nothing built by human hands is truly indestructible, high impact windows and doors can go a long way toward limiting property damage when hurricanes strike. Why the windows? A modern building such as a hotel or apartment, condo or office building, is bound to have many windows, and in Miami, they often have sliding glass doors, too. These many windows and glass doors are a liability during a storm, as strong winds and debris may blast them apart and devastate the building’s interior. But it is not an option to simply omit windows and glass doors, so they are made resistant to strong winds.

Contractors in Miami and other hurricane-prone areas will install high impact windows and glass doors into buildings, and older buildings may have their windows replaced with newer models of high impact windows and doors. Doing this allows the windows to stay strong during a hurricane or similar storm, protecting the interior. Shattered windows scatter sharp glass and allow rain and winds to get inside, but windows with a glazing system of +105/-130 can resist 100 MPH winds and stronger. What is more, a lot of solid debris may simply bounce right off of them. Such tough windows keep the interior safe and dry during a hurricane, which limits property damage and may protect anyone who is inside the building.